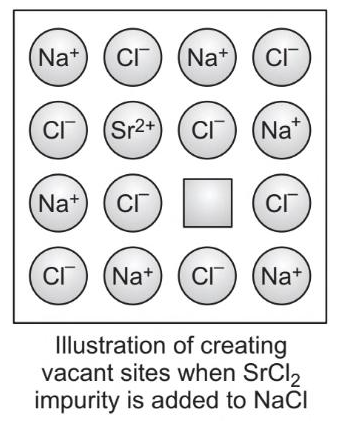 question : Explain how vacancies are introduced in an ionic solid when a cation of higher valence is added as an impurity in it ?

solution : When a cation (positively charged ion) of higher valence is added as an impurity to an ionic solid, some vacancies are created in the solid. This phenomena of creating vacancies in any solid can be explained with the help of an example given below.

so we can say in short that –

remember this formula for your competitive exams , several times questions directly occurred from this equation.

what type of stoichiometric defect is shown[…]